With a history dating back to 1911, the Diamond Exchange in Amsterdam has undergone a renaissance being redeveloped by new owners Zadelhoff & Sijhoff.  Known as 'Capital C', the building incorporates a central exhibition space which is open to the public as well as dynamic office spaces and a creative hub making it ideal for designers and innovators. 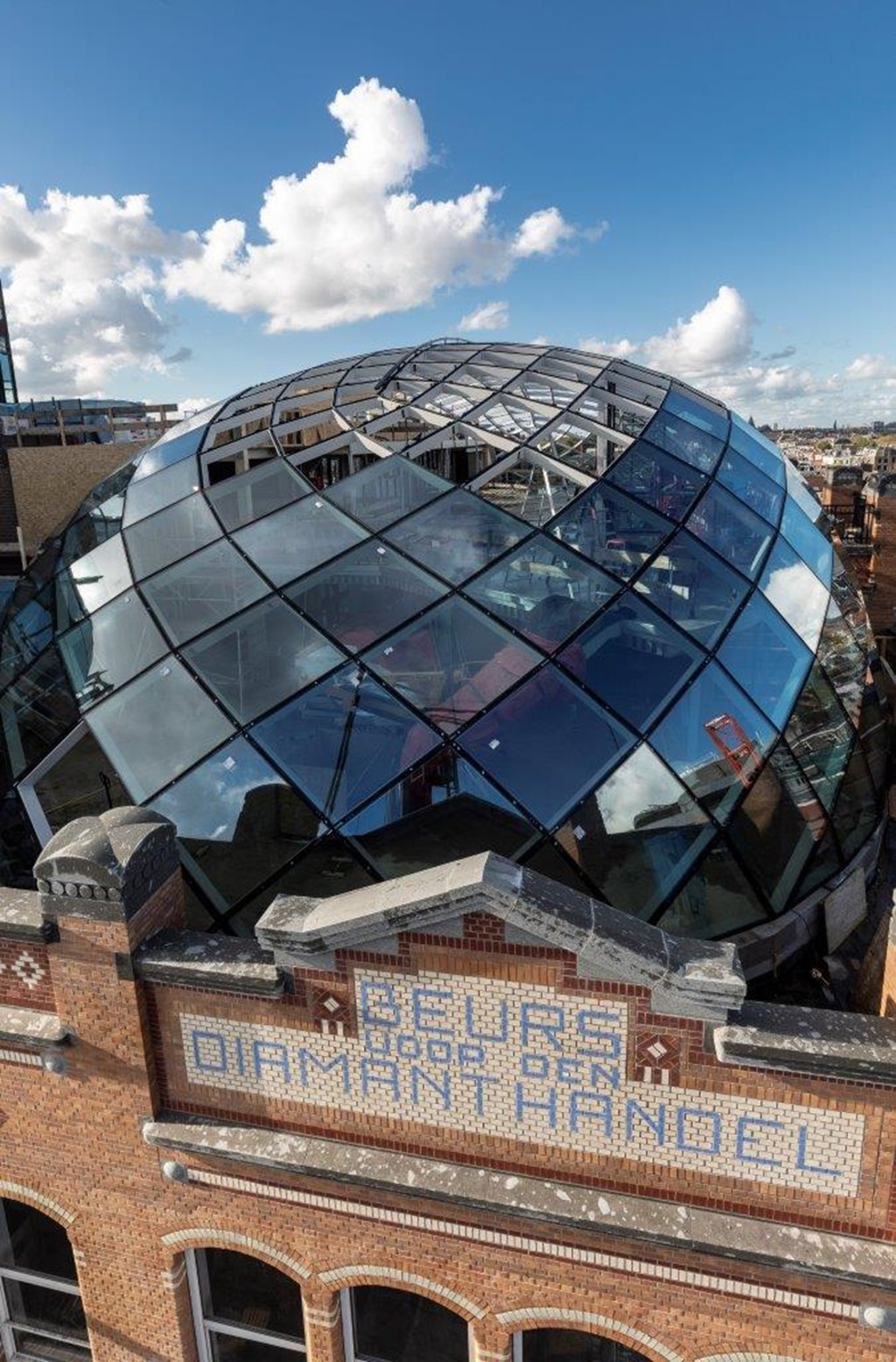 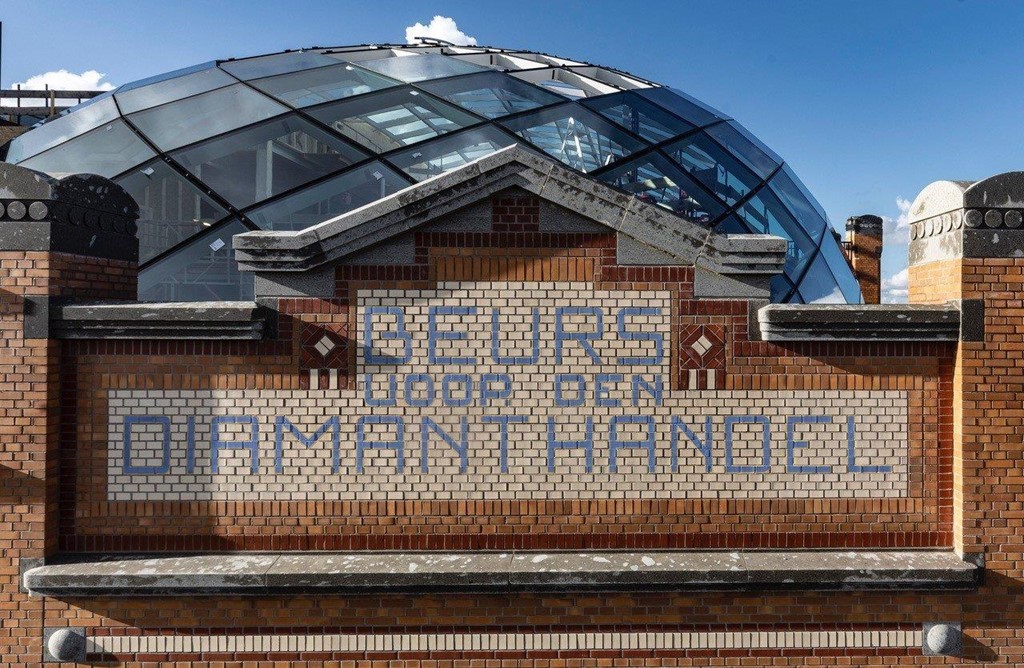 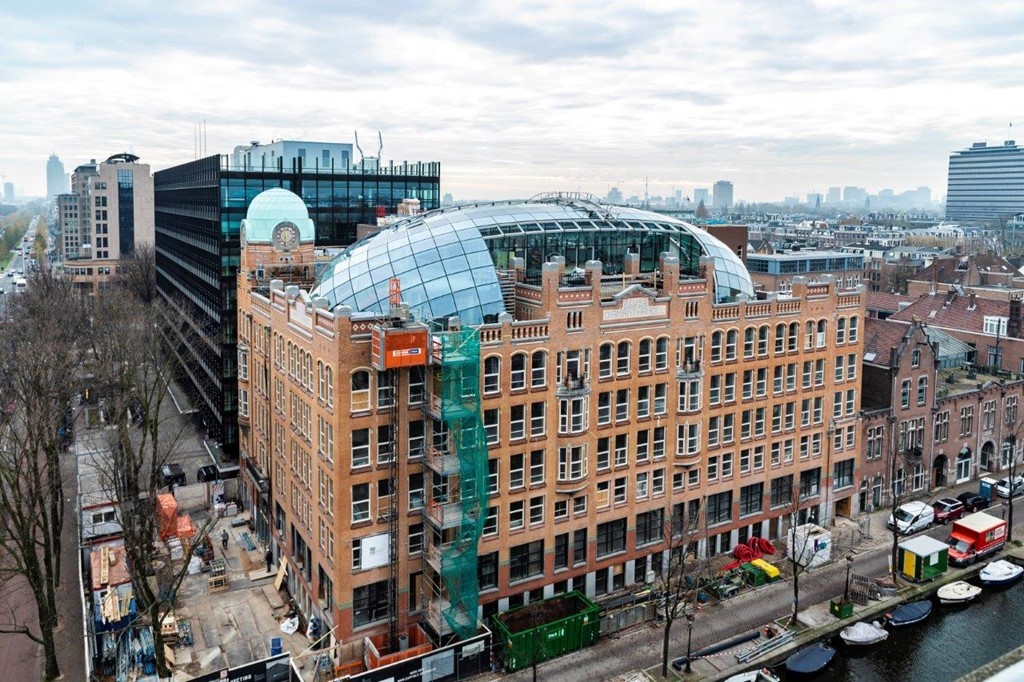 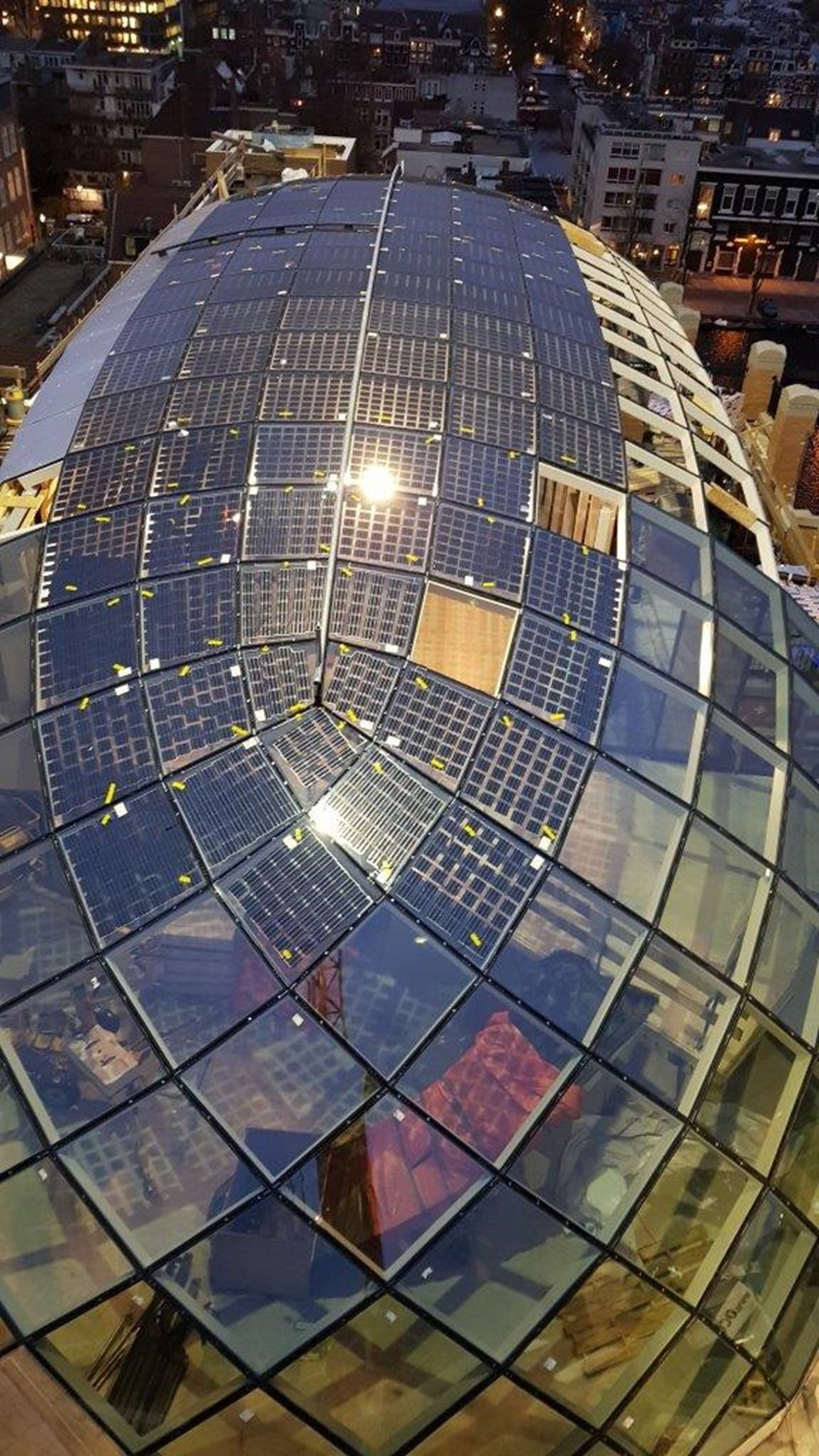 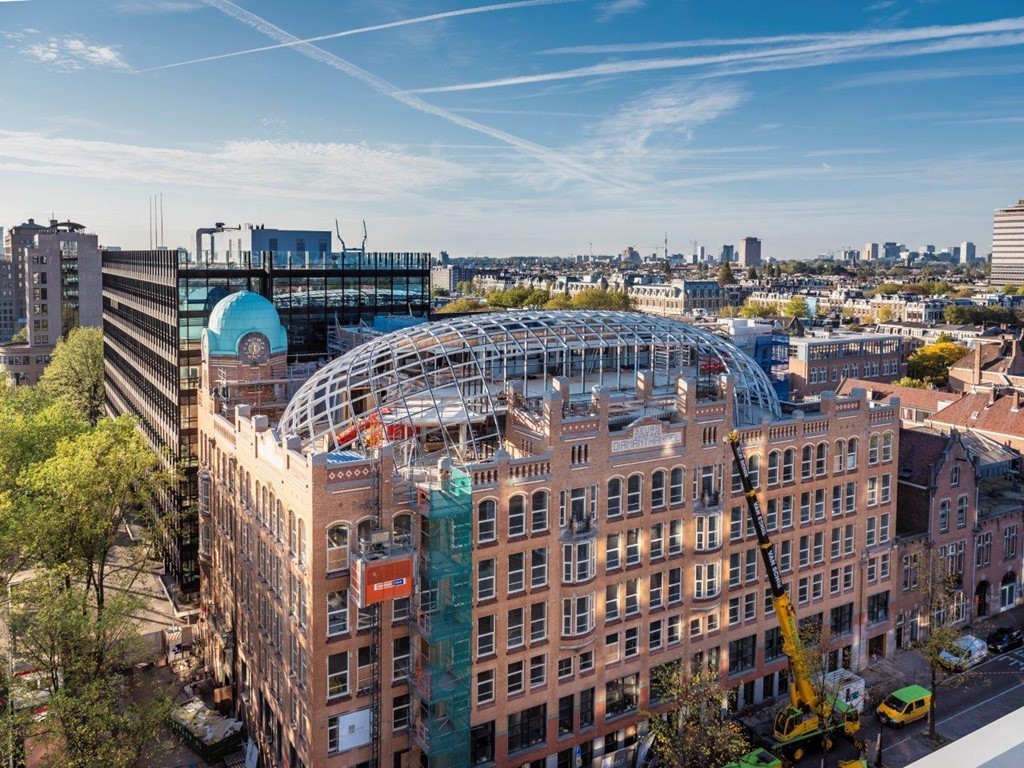 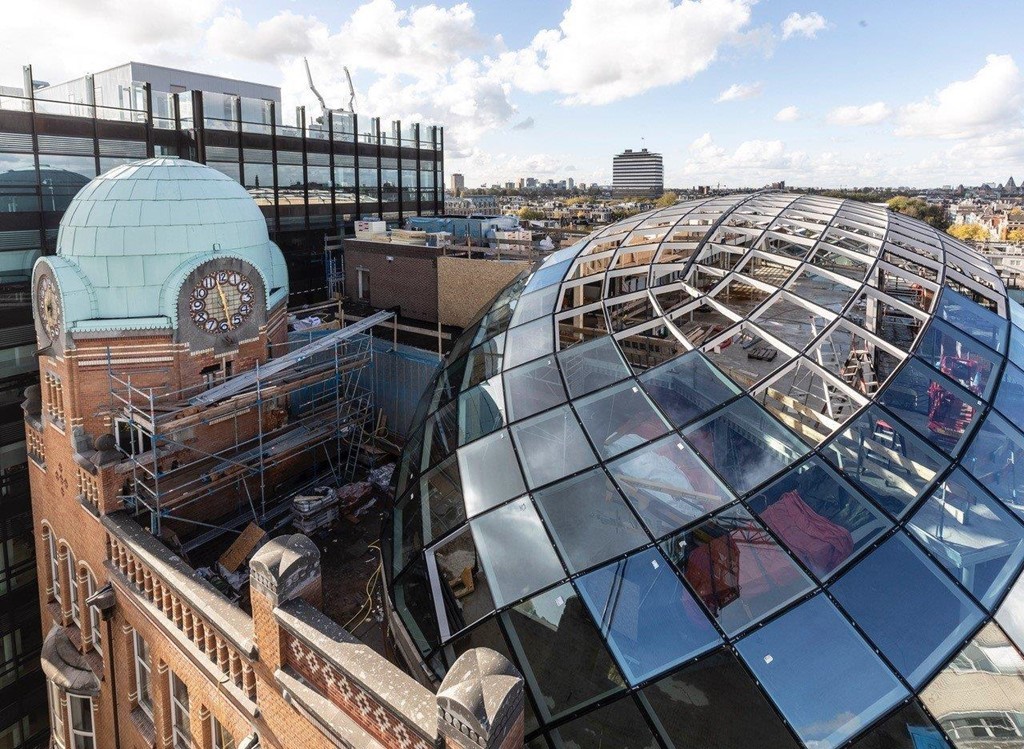 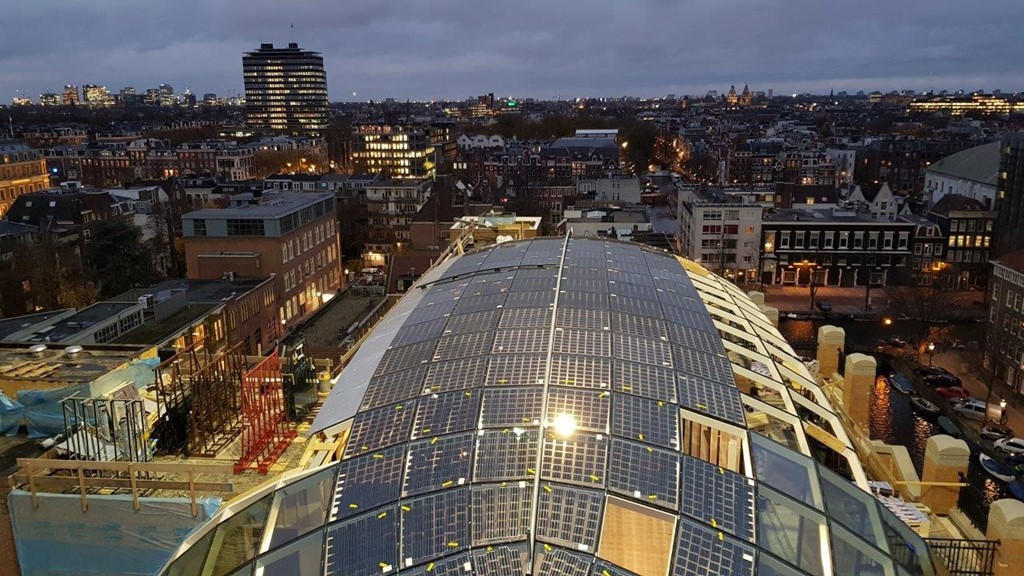 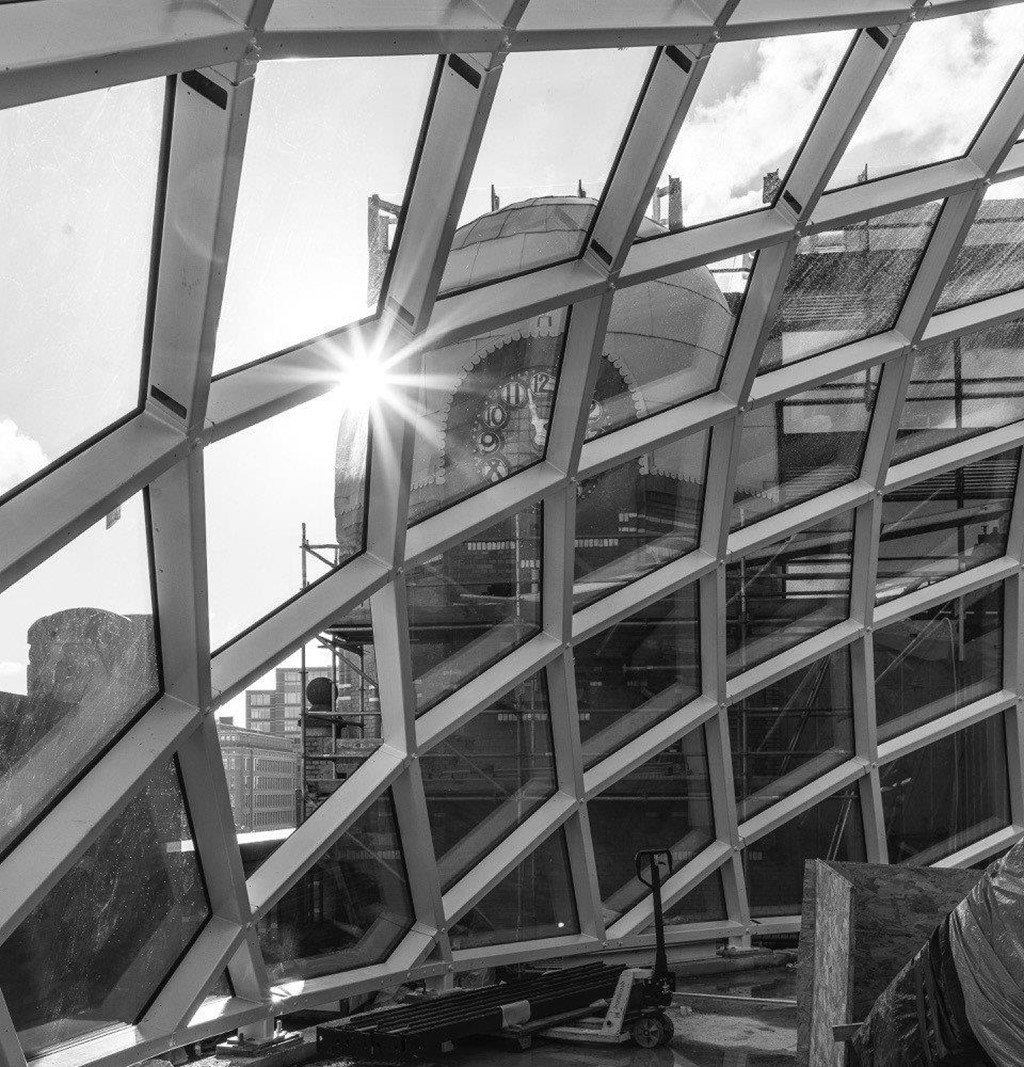 Architects ZJA Zwarts & Jansma were charged with renovating and modernising the building who in a nod to its dazzling diamond heritage have included an oblong faceted dome, under which is housed a restaurant and the terrace.

An exquisite feature, Netherlands BIPV specialist Hermans Techniglaz were asked by Octatube to provide a solution that provided shade and would ensure that  solar heat gain  wouldn’t be an issue and recommended Romag’s Building Integrated PV bespoke solar panels.  Consisting of Poly cells laminated in low-iron glass panels for crystal clear clarity, the panels were cut into a large variety of shapes and sizes to accommodate the unique shape of the roof structure.

The cells themselves generate 30kw at peak, whilst offering much needed shade to the restaurant below. Laminated with PVB, the BIPV panels also offer acoustic properties as well as contributing towards an ambient temperature throughout the year.

The panels, 132 in total were designed by Dellner Romag’s technical team at their factory in County Durham, England before being shipped to their client for the next phase of the installation.

Graeme Shield, technical engineer at Dellner Romag commented: “The Diamond Project was a highly complex job for our team of engineers, the faceted dome was unique in its design. With 66 different shapes to manufacture, it was a delicate balance between creative aspirations and what can physically be achieved on the production line but by working closely with our partner Hermans Techniglaz we were able to successfully produce these panels for this stunning building.”

The result is a striking visual representation of modern meets traditional architecture. The glass roof sparkles in the daylight like a diamond, central to the building’s iconic design and original purpose and the stylish restaurant offers one of the most spectacular views over the city.